February was a month that felt like ten months; cold, hot, beautiful, windy, busy, stressful, and globally catastrophic. But beyond that last part, it’s been a month of growth, reorganizing, and learning about stress.

Texas had another big winter storm this month. Thankfully the grid didn’t shut down but after talking to a lot of Austinites, I think we all have a bit of trauma from the freeze last year. A state government unable to keep the lights and heat on. HEB, the grocery store, was a better government. Although spared a catastrophe, Texas — in the form of Gov. Greg Abbot — has found out other ways to be shitty by making it illegal to be a caring parent of a trans child. The trauma continues. 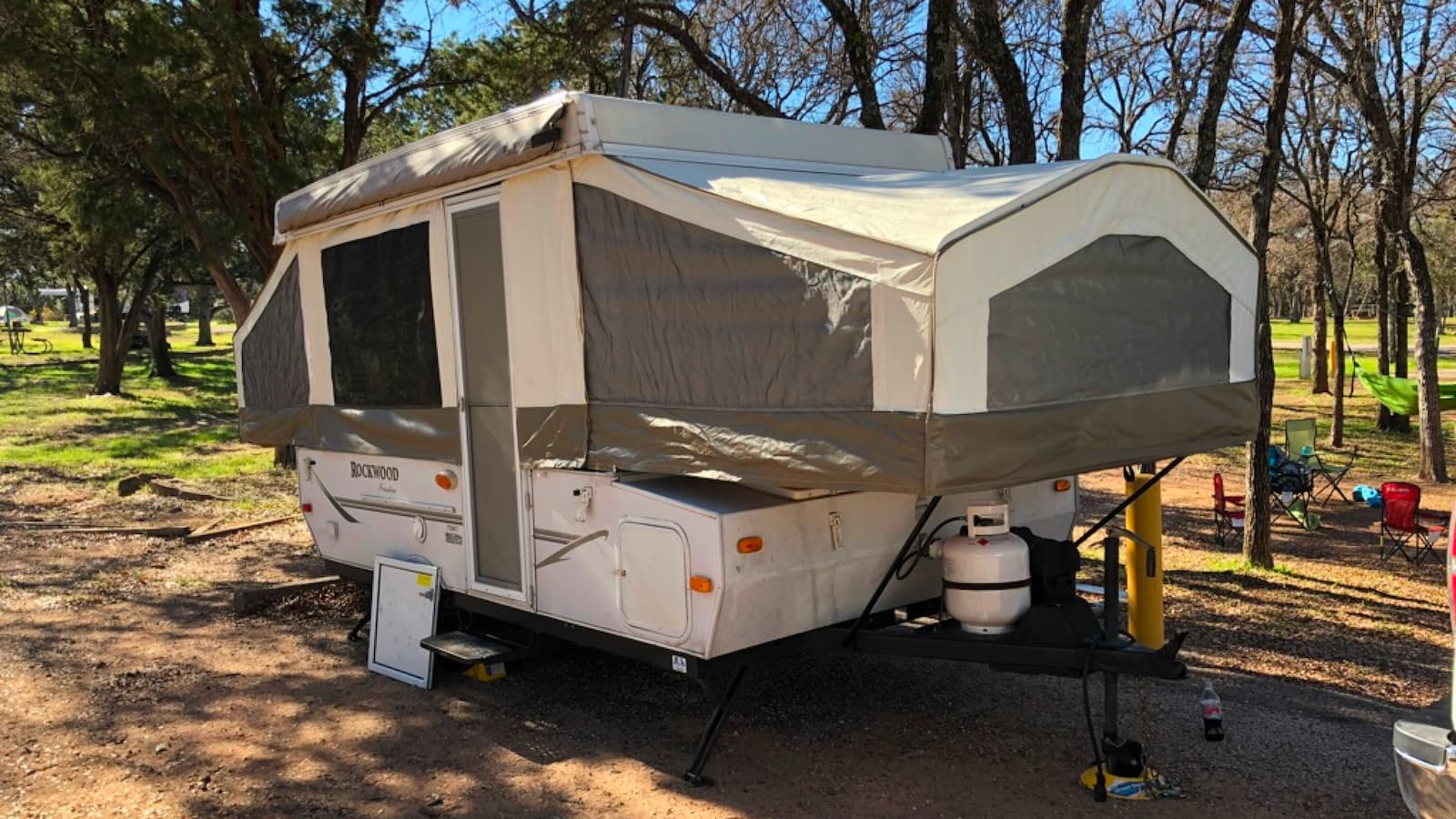 Over Valentine’s weekend, we tried to go camping with our friends, but the pop-up… didn’t… pop-up. We abandoned it at the campsite overnight and drove it to the RV lot the next day where we sold it for next to nothing. We could have put money into it and potentially sold it for more, but we needed out. It cost us ~$500 in maintenance every time we wanted to take it out and that caused me more stress than relaxation. Lots of memories, but a new chapter in camping begins… but not jumping back into the camper ownership game too soon.

I made two crafts this month that I’m pleased with, but also some mixed reviews. 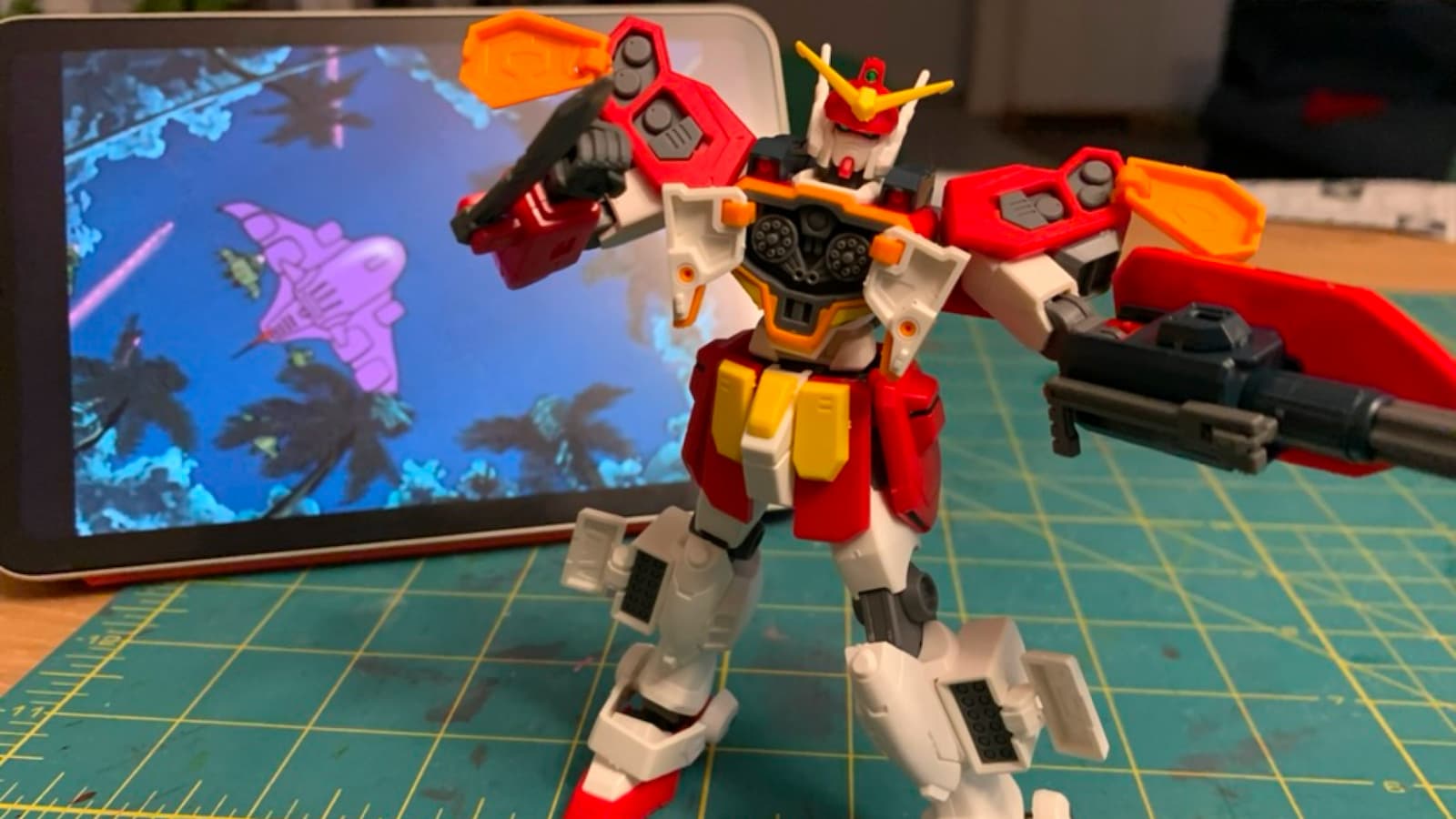 A Gundam but with extra guns, the XXXG-01H Gundam Heavyarms. This was my first High Grade (HG) 1/144th scale gunpla. It’s a cool model with lots of expression but I was initially a bit disappointed by a wobbly waist and a leg that kept falling off. Between meetings one day I decided to rebuild the legs, found the place where I messed up, and now it’s sturdy-gurdy and much more enjoyable.

I bought another HG model I plan on doing but am feeling the itch to go up to a Master Grade (MG) 1/100th scale model. In the meantime, I’m going to try my hand at panel lining (I bought ~$30 worth of markers!) to add some depth to my current models. 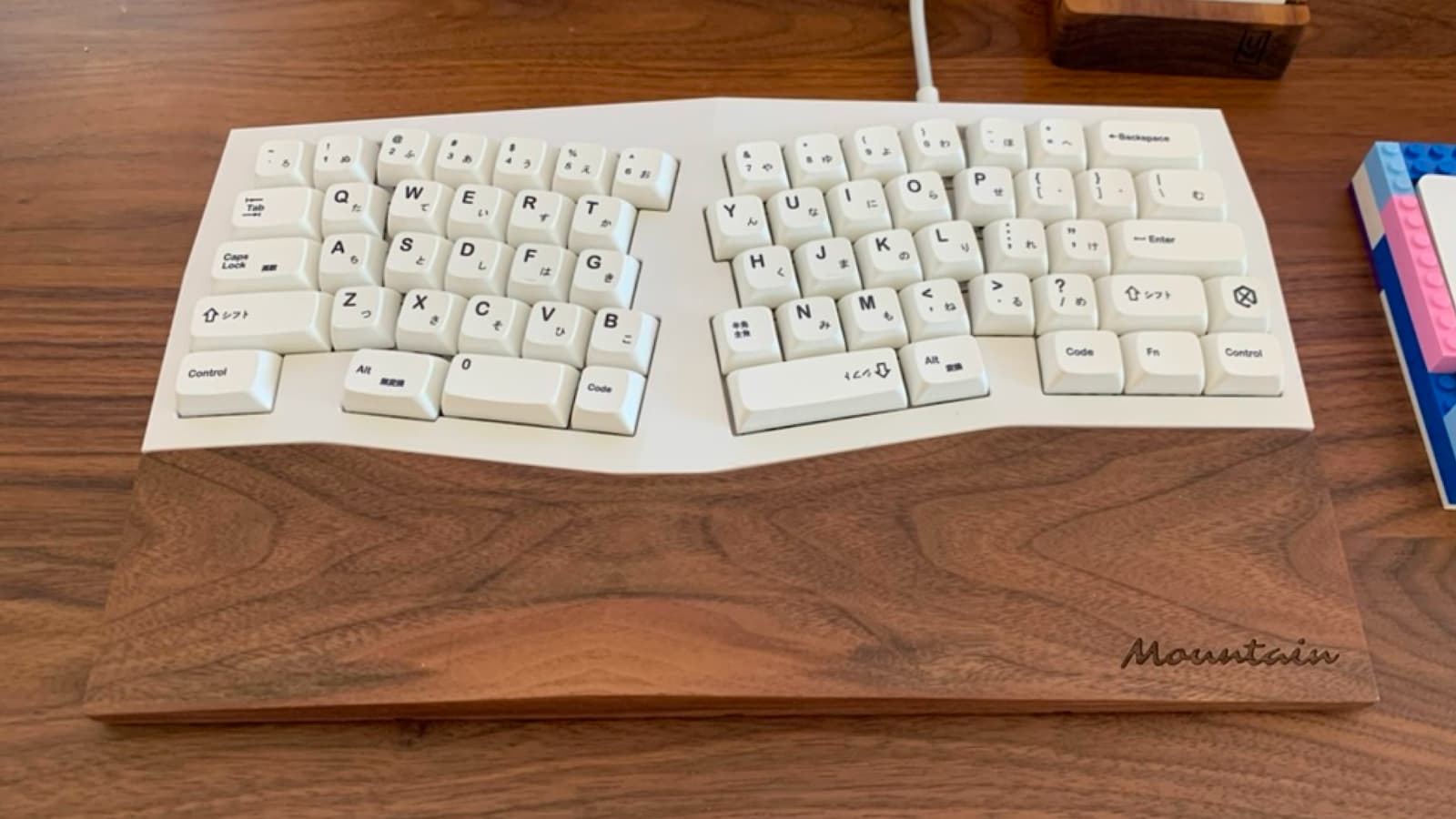 On an impulse I bought the KBDfans Mountain Ergo keyboard kit. It’s an Alice-like layout (split, but staggard layout) but the tented chassis makes it a bit more ergonomic. ~$500 is a lot for a keyboard, but I regretted missing the group buy, so I impulsively bought it when restock units went on sale.

Such a satisfying build. The sandwiched base-plate layers, the snap and click as switches lock in to the hotswappable circuit board, and thocky keypresses of lubed stabilizers. Finished off with a (cheap) set of all-white Japanese hiragana keycaps. It’s an absolute unit and weighs more than a newborn child.

I may post a more in-depth review, but as good and beautiful as this keyboard is… I like my Moonlander better? Or I had the Moonlander tuned a bit more ergonomically for me? It’s nice to type on though, but I think my problems are more related to 60% keyboard layouts being suboptimal for development.

Most February evenings went to putting together a Web Components course for Frontend Masters. I planned the workshop, made a website, and got feedback from friends in the ShopTalk Discord. Workshops aren’t my forté, but it’s coming together and feels good to be ahead of schedule rather than scrambling as the deadline approaches.

I’m also updating my web component talk for An Event Apart: Spring Summit, so all the web component research parlays together nicely. There’s a sense of accomplishment in having turned a talk into a workshop and a website. Who knows what’s next, a book? A graphic novel? A movie in the Marvel Cinematic Universe? Time will tell.

Another great month of progress on Luro. We began onboarding our first customer which brought up a lot of major and minor issues with the application, nearly tripling the number of issues in the backlog. Expected, of course, but it triggered a need for better issue management (projects, labels, etc) and taking time to triage incoming issues rather than letting them remain in memory.

We went with GitHub’s new beta Projects feature. With Projects, I can view the board in a handful of dimensions instead of only a reverse chronological list. It’s been helpful for prioritizing issues and grouping work. The issue queue is nearly back down to pre-flood levels, but we may need some dedicated help soon.

The Russian invasion of Ukraine has occupied a lot of my heart and worried brain. There’s a lot to say on this but to watch a tiny tyrant amass hundreds of thousands of troops, lie so brazenly, threaten nuclear war, bomb innocent civilians, all in an attempt to seize a country by force… and there’s so little we can do to stop it… it’s heart-wrenching. As I heard someone say, the ultimate outcome of this war — the great costs paid — depends entirely on a single autocrat coming to his senses.

My heart goes out to all those who are victims of an unjust war.

High-level recap of some stat-based metrics

Also… the ShopTalk Discord braintrust and I have determined that I need to redesign my website. Let it be recorded in the annals of time that process has begun.