Spooky season has come and gone. We’ve put away our trademark giant inflatable Beetlejuice sandworm. Halloween in our neighborhood is a great time. Almost everyone pitches in to make it special for the hundreds of kids that take to our streets. A genuine piece of Americana. 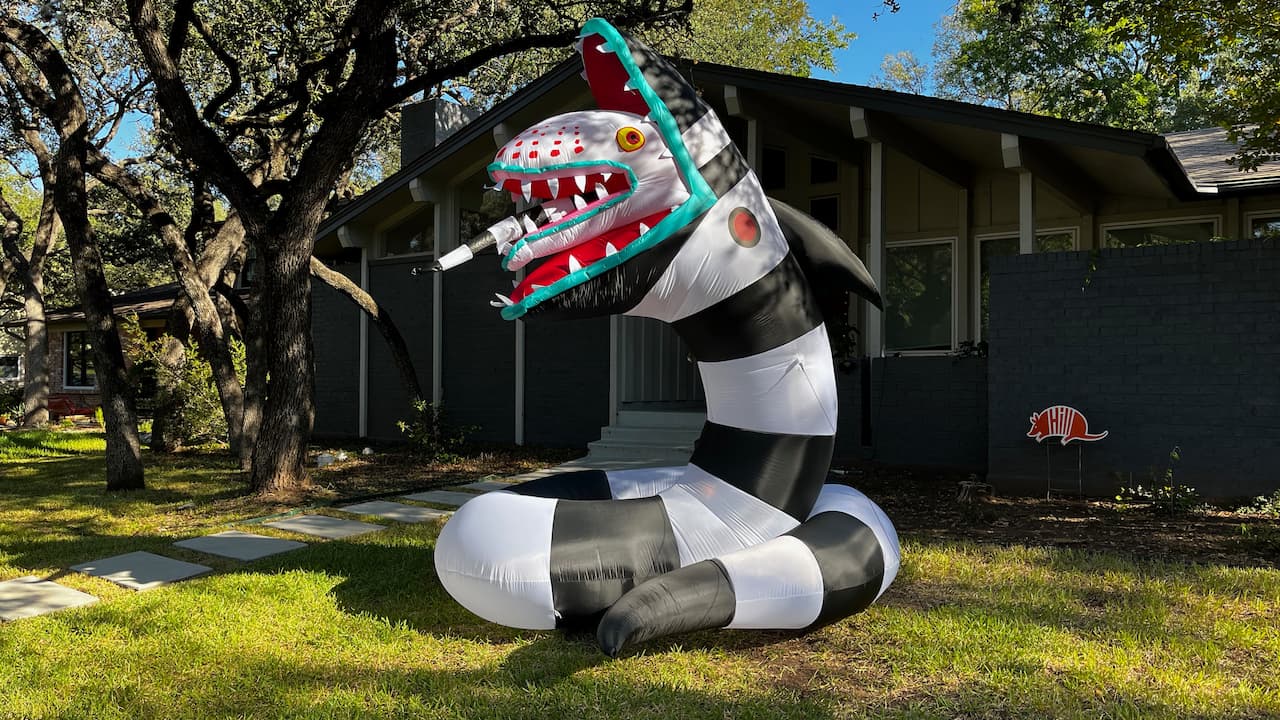 There’s been a bit of sporting going on in October. Otis wrapped up his fall baseball season. Otis’ team didn’t have the greatest season but I think learning the lesson “not all seasons are bangers” is a good lesson. I did scorekeeping for the team which is not too difficult, but its one of those jobs no one volunteers for. It requires some sustained hyper focus to keep track of everything and mark it down in a bespoke spreadsheet. 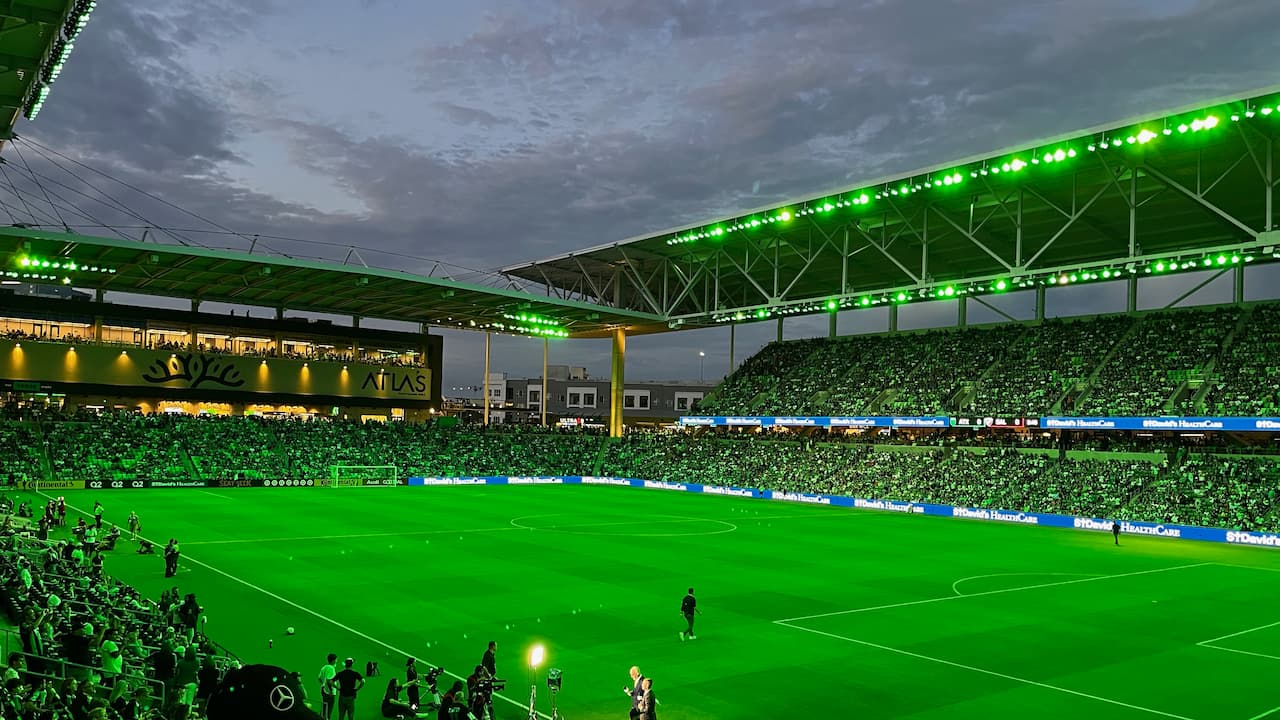 We went to the Austin FC conference semifinals and I got to see the club win. I enjoy the Austin FC games and am making it a priority to go more next year. They didn’t make it to the finals, but you couldn’t ask for a better sophomore season from the team.

Found out I’m allergic to dogs 😭😭😭

I’ve had general pollen allergies all my life but in the last years my allergies have become more acute and can take me out for a whole weekend. My son suffers as well. So this October was the month we saw an allergist and figured it out.

We took the “scratch” test where they prick your back with a plastic device. They don’t advertise the second part of the procedure where they jab you in the arm with 40+ subcutaneous needles to make sure the results from the previous test were correct. Pain is temporary, and after months of intermittent not feeling well we got a conclusive diagnosis… I’m allergic to molds and dogs. 😭😭😭

This is terrible news because I was betting on the cat! I like the dog and have no plans to get rid of her. She’s 13 years old, so we’ll ride it out. But it does influence future animal purchases. Of all the animals though! This is the worst news, but at least now I know.

Musk’s takeover of Twitter is chaotic. I don’t need more chaos in my life so I’m seeking refuge over on Mastodon. This, my third attempt, is a little different because I don’t actually see Mastodon as a replacement for Twitter.

Part of that is I’m coming to realize it’s not a technical problem. The intoxicating and addictive part of Twitter is its network effect. I’m always one step away from something new and interesting, I have instant direct access to almost anyone on the planet, and I can call Ted Cruz a piece of shit and there’s a chance he’ll see it. That’s the value proposition of Twitter. I’m trying out Mastodon again, but it’s starving my brain of dopamine.

Dopamine reduction is actually Mastodon’s strong point. No algorithmic newsfeed, no clickbait ads to monetize your eyeballs. Mastodon is a slow, dopamineless ghost town for people who like to set up servers, void of celebrities sucking the air out of the room. That’s good, but not when subbing one addiction for another.

I’ve donated ~$100 to Mastodon’s maintainer (which is more than I’ve ever given to Twitter) to hopefully help resolve some of the availability issues. I may switch to a smaller instance to get off the larger flagship one. Like I said, I don’t think the fediverse is going to fix my issues, but I’d at least like another bar in town I could patronize.

The annual cleaning of the office

Speaking of chaos. After reading Faster Than Normal, I put together that my brain and my environment are inextricably linked. My level of stress manifests in clutter. This month has been about eliminating clutter wherever possible.

As part of that, I’ve been cleaning and reorganizing my office. I assembled new bookshelves to give everything a place off the floor, shredded old documents, and re-organized my desk setup. My back was also mad at me for using two displays, so I went down to a single 100Hz @ 1440p display for work (Mac) and gaming (Win). This is limiting but good for my focus. I got rid of the extra desk in my office I used as a staging area for clutter and bought a jump desk so if I need more desk space for hobbying or visitors, I can do that on-demand.

In other computing news…

I got ALT + arrow keys in my muscle memory to navigate my cursor with the keyboard one word at a time. Probably the biggest computing upgrade this decade. Big enough of a life change I’m writing it out here.

At the beginning of the month I flew to Denver to speak at An Event Apart. Another great event filled with wonderful talks, it’s clear the AEA staff works hard to put on a good show. I did an updated version of my LogJams talk, with the big change being that I think we have a good answer on where to start with making our sites accessible, based on data.

Chris and I also did a Live ShopTalk Show in lederhosen. That was a lot of fun. It’s great to be with people and to see good web friends and yammer about websites. A couple people at AEA did close-up magic too and that was a highlight. I’m such a sucker for close-up magic.

Elsewhere on the work front, progress on Luro continues with focusing our energy on onboarding a small batch of initial invites. “Play testing” and getting feedback at this point is essential before we open the door. The feedback is starting to roll in and we’ve entered a new phase where we’re able to scope features and enhancements against actual customer feedback. There’s an element of pleasure in telling someone “You know that thing you asked for? We rolled it out.”