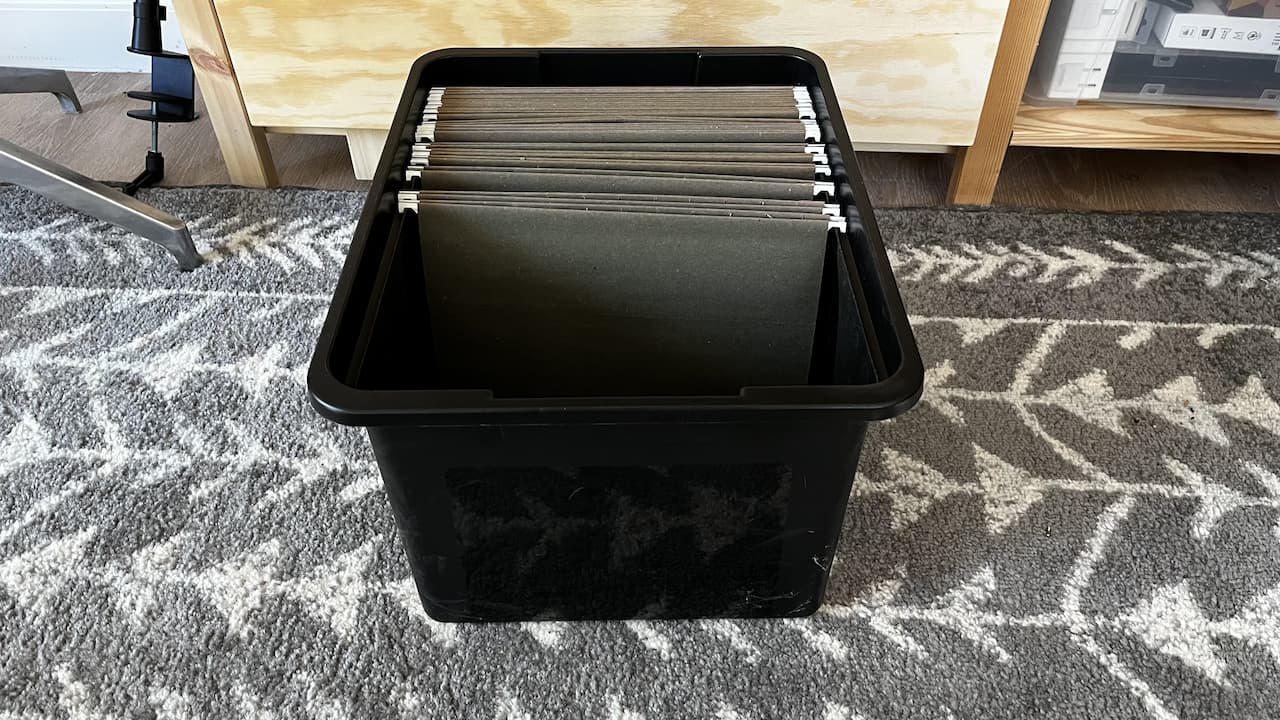 I’ve spent the last week or so cleaning, purging, and reorganizing my office. I had encapsulated myself in a micro-hoarder situation in the shed which made it difficult to get focused. Clutter, as I’m learning, is adversarial to my distractible brain. One task that’s been looming over my head was this box of file folders.

This box of file folders was a collection of all expenses and tax documents from the years 2012-2016. And I mean everything. Every gas, electric, internet, and credit card bill that came to my house. Every business expense. Every health expense. Every mortgage payment. The reason I hoarded all these documents? Self-employment. All those numbers factor into my tax bill every year, so I kept every physical document that was relevant. America glamorizes starting your own business as “entrepreneurship” or “making your own hours” but it’s a lot like paying a lot of extra self-employment taxes for the privilege of meticulously holding on to and organizing your literal garbage.

But, because my accountant said I need to keep five years worth of documents I now get the privilege of shredding each of them in my little shredder (that I still have the receipt for, natch 😉).

Shredding this box of documents was an emotional journey.

From entering a new era of business, to having our two kids, to colossal tax liabilities, to changing my entire workspace and workstation; this box was a major arc in my (and my family’s) life. There were a lot of memories living inside that box of mundane files. There was also a lot of garbage. Two whole entire compost bins full of shredded document garbage, to be exact. I’m thankful for the memories and the opportunity to reflect, but glad I eradicated those little paper horcruxes.