As Q2 FY22 wraps up, it’s a good time to reflect on all that’s happened.

The Dude Ranch and a horse named Tank

June kicked off with a rare family trip. My brother and his family came down from South Dakota and we all drove out to meet my mom and her husband in Bandera, TX for two days at Mayan Dude Ranch. Because we live all over the US, we haven’t done a trip with my mom and all the grandkids, and I’m glad we pulled it together.

One of the main attractions of the dude ranch is the cowboy’ing. Lasso classes, hatchet throwing, and trail rides everyday. You can even ride a horse to a chuck wagon breakfast. This was my kids’ first horse ride experience and they both did great. Each horse had a fun name like “Whiskey” or “Pepsi” which kids love to talk about ad nauseum. Of course, being a cool dad, I joined in the horseriding fun.

Now, as you may know, I’m a big guy. Quite literally at the weight limit for their horseback rides. So I get assigned a horse named “Tank”. Tank, like me, is a big boy. Through no small feat — and a little help — I hoist myself up in the stirrup and throw my leg over the saddle. Only one problem… I ain’t too flexible. Tank has a broad back and my legs are doing the splits squeezing unused ligaments to stay on.

I’m pretty sure I dislocated my ass. My left buttock hasn’t been the same since. The ride was short but by the end of it Tank and I were both done. Neither of us needed to do that again.

After our time at Mayan Dude Ranch, we headed to Fredricksburg, TX to spend two nights at a nice AirBnB with a pool. As an entire family we don’t get together much outside the busy holidays, so I’m glad we got to do this.

#SummerDays: Swim season is over

Most of my Saturdays in June consisted of sweating it up at the kids’ swim meets. From the outside, getting up at 6 AM on a Saturday and suffering the Texas heat to watch your kids spend ~30 seconds in a pool seems ill advised, but as a parent, it’s a lot of fun spending a day cheering for your kids and their friends with the other neighborhood parents.

The season wrapped up in a fast and furious six weeks and my daughter won a team award for Most Best Times (meaning she kept beating her personal best). I’m so proud of her and glad she could overcome being grumpy about waking up to put in some good times and get better over the season.

Also, shoutout to Mason and the team at Swimtopia who make swim meet management software. It’s useful software and was a much better way to stay informed — in real time — on how the whole team was doing.

On a major sci-fi kick 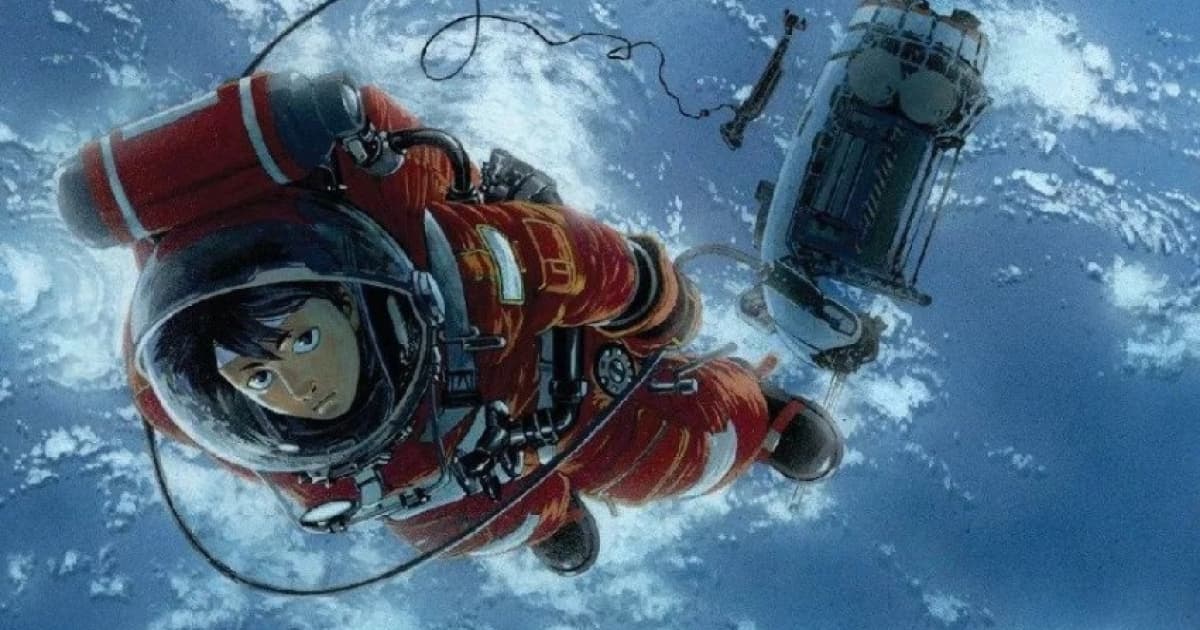 The month kicked off with binging my way through Plantes, a story about the future where mankind lives in space and as a result, mankind has junked it up. The protagonist has a job as a space trash collector, collecting little pieces of debris that threaten tourists, satellites, and other space stations. It’s filled with tons of drama and intrigue and thoughts about what it means to be human. After reading the manga, I tried to watch the anime, but gave up after trying a scummy pirated anime site that opened an ad with every interaction.

The Orbital Children, a Netflix anime by the creator of Dennou Coil is a story about mankind settling space and confronting the AI that made it possible. Through an unexpected shut down of the space station, they find what it means to be human. 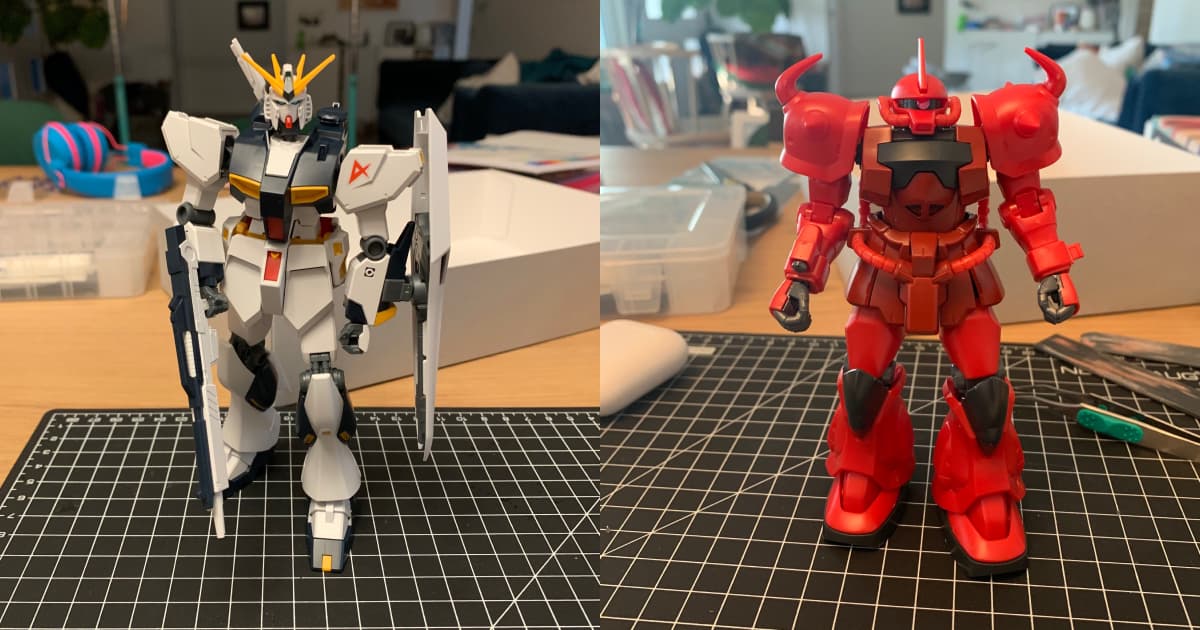 Attempting to ride the sci-fi wave further, I decided to put together more gunpla. God, I love this hobby. Every kit has a little bit of surprise and delight. I’ve watched at least a hundred hours of YouTube about gunpla and am looking forward to delving deeper. I’m looking to move up to Master Grade (MG) or Real Grade (RG) next and have three or so kits picked out that I may spend my allowance on. 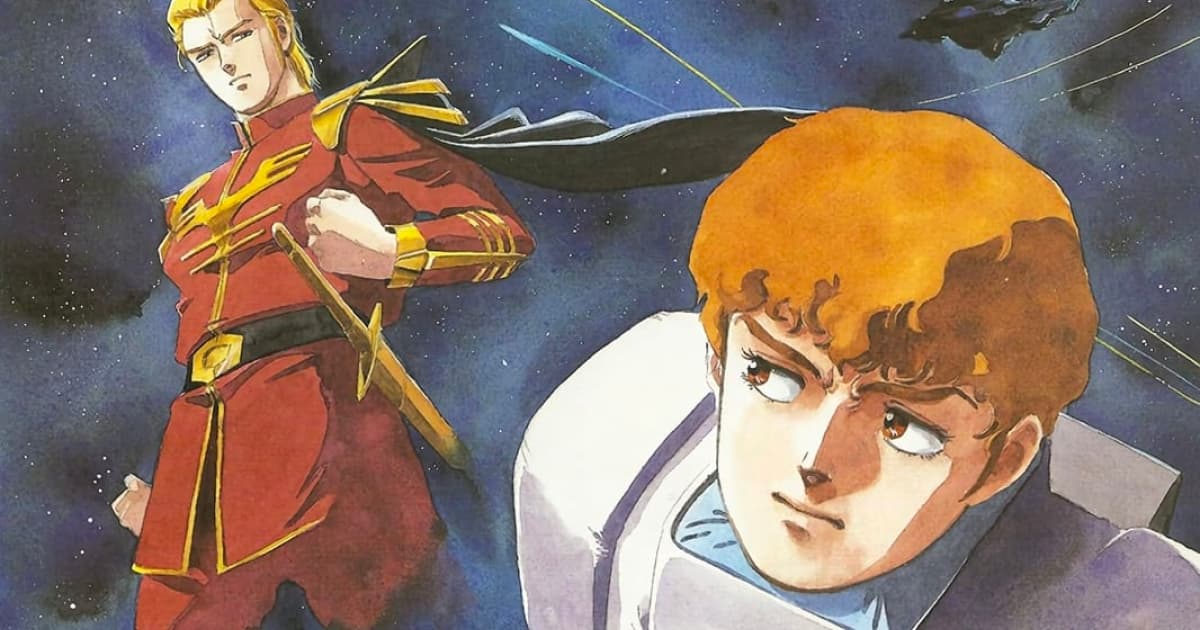 After I finishing an anime and building a my gunpla, I got the appetite to watch some more Gundam. I started with Mobile Suit Gundam Unicorn on Netflix. This is a good anime. Around episode three, I felt like I was missing some chronological context, so I paused that and watched the movie Mobile Suit Gundam: Char’s Counter Attack which takes place between the original animated series and Gundam Unicorn. Gundam is growing on me more and more, it’s humans confronting new technology and learning about what it means to be human.