In February, I got nerd-sniped by a mention on Twitter about a productivity system called PARA. PARA is a way to organize your digital life in to separate buckets: Projects, Areas, Resources, and Archives.

After watching some videos, I started applying PARA to my second brain in Notion. The timing to choose to redo my entire Notion setup was horrible, of course. I was busy with work, writing a workshop, moving ShopTalk to its own YouTube channel… why not pick up another big project and redo my entire organization system?

The psychology checks out though. When large tasks loom you don’t feel in control over your schedule and doing something you can control (like organizing your organizer) helps you feel more in control. And it did help. Quantifying the “Projects” I’m committed to over various “Areas” gave me a more solid perspective of what I’m doing, why I’m doing them, and when they’re due… rather than a constant state of overwhelm. I’m pleased with the results so far… 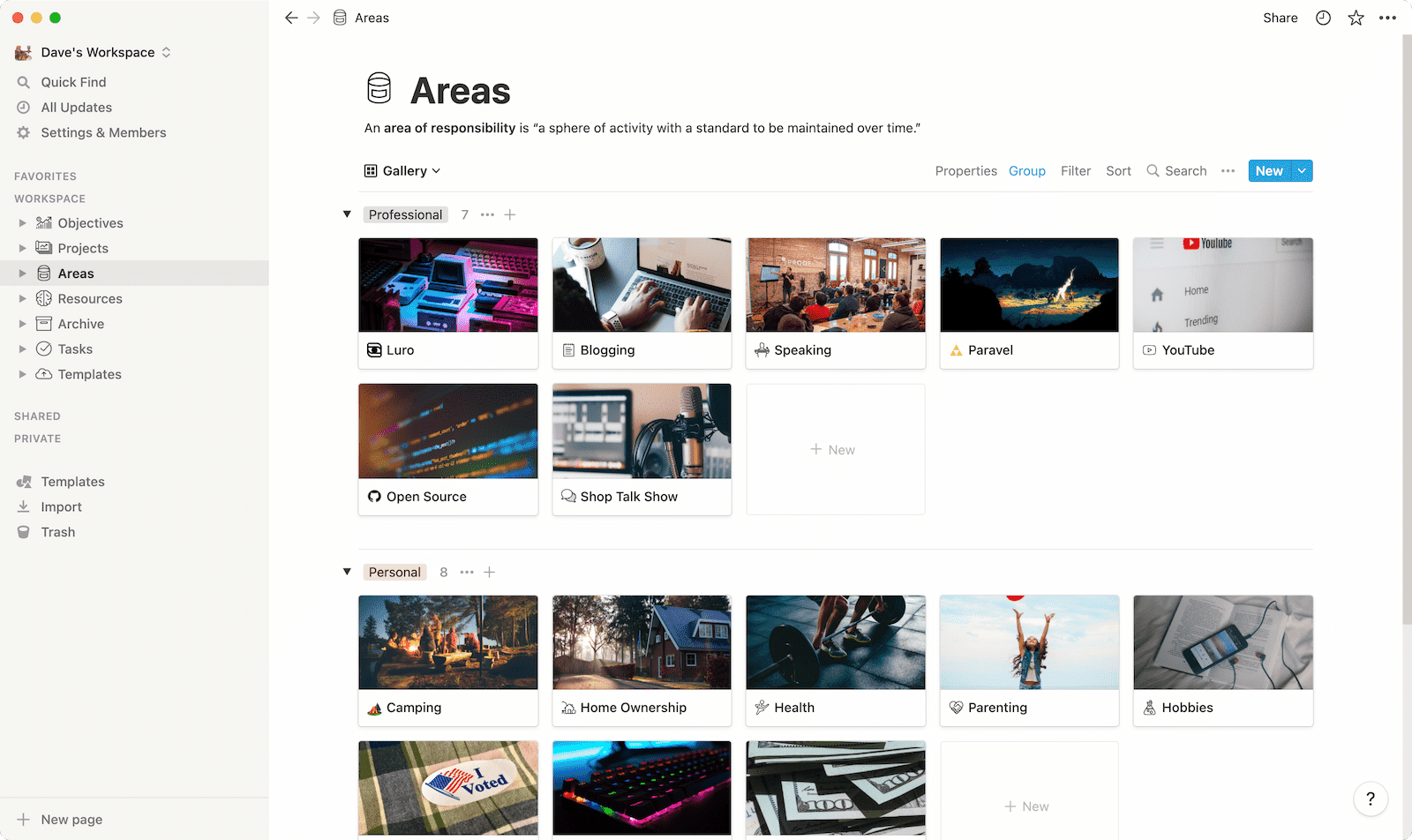 Inspired by Marie Poulin, I took some liberties and created a global “Task” database as well as made a dashboard for some even more meta-level “Objectives” or goals that act like personal OKRs1. There’s a table of Results I want to achieve and Metrics I’m using to gauge that progress. Overkill, I know, but it’s my overkill and it’s already helping me set some sights on personal and professional goals.

The biggest paradigm shift from PARA is the idea that projects have an end date. This is hard for me; a person who tends to have a lot of open-ended, never-ending projects. I’ve logged those never-ending projects like open source, podcasting, or gaming as “Areas” for now, but that feels a bit mismatched because they do require recurring participation. That said, the process has been illuminating. I’m not making major life changes yet, but it has opened my eyes to the fact that I need more “close-ended projects” in my life.

My Notion still needs some cleaning up but the broad strokes are working for now. I haven’t rolled this out to every digital corner, but I think this will work for at least until my next annual refactor. If you’re doing PARA in Notion, I’d love to hear about it or how you’ve modified it.