Buckle up. This month turned out to be a big one. Writing it all out feels like an entire year went by, so I’ll start with the bad that happened at the beginning of the month and move towards the good.

When I posted my Vibe Check №12 and End of 2021 posts, I noticed they were a bit emo as I felt “exhausted”. Well, there was a reason for that: I had COVID. Those posts might need a giant asterisks applied to them. I still stand by that exhausted vibe because I was basically sick from December 17th to January 5th or so.

Thankfully ours was a “mild” case and it did run thru the entire family. A lot of aches and sinus issues. We’re better now and resuming life. I’m like ~8% worried I have some mild form of Long COVID, but it’s allergy and mold season here in Austin so it’s hard to tell.

I don’t plan on getting COVID again, but if there’s a silver lining, it’s that at least the general fear of getting it has gone away. But that’s a me-centric perspective when 887,780+ people have passed away from this thing.

On January 4th a friend of our family unexpectedly passed away. Jackson taught me a lot over the years and had a helluva life story. During the civil war in his home country of Liberia, he and some other boys were taken out and left in the desert to die. He survived and came to the US as a young boy in a shipping container. He married (later divorced) and had four wonderful kids. Despite the challenges in his life, he always had an impossible sense of hope which could brighten your day.

Through Jackson I saw first hand how difficult the US immigration system is when a single stain on your record makes you a target for deportation. No pathways, delayed work permits, years of unemployment, immigration lawyers fees, health issues, doctors bills; I saw how unfair the system was to him and his family.

But he loved his kids. Every ounce of concern and every penny he made went to providing for his kids. His kids are nearly grown up now, the first is going off to college on scholarship, and I know they’re going to miss him but I know they know how much he loved them. It’s a sad situation to lose a dedicated parent in high school. If you can spare a prayer for Jackson’s kids and our neighbor Cleo (who was like a mother to Jackson), thank you.

It’s been a rough start to the year for sure, but we’re getting through it. I find it’s good to have some operating principles for the year, so I’ve been workshopping some mantras with the kids. “2020: Learn to take a picture” didn’t pan out but I think we got some good ones this year.

And for grown-ups, I got another one.

I hate how consumerist that is, but it’s a vibe so I’m keeping it. I hate how everything costs money but I’m embracing it right now instead of fighting it. Let me know if you have a good mantra for 2022!

I wrote about ShopTalk’s 500th episode so I won’t go in depth here, but that’s a lot of podcasting over the last ten years. I’ve talked to lots of talented people through this podcast. 500 episodes is a pretty big career milestone and worth celebrating.

I built my first Gunpla 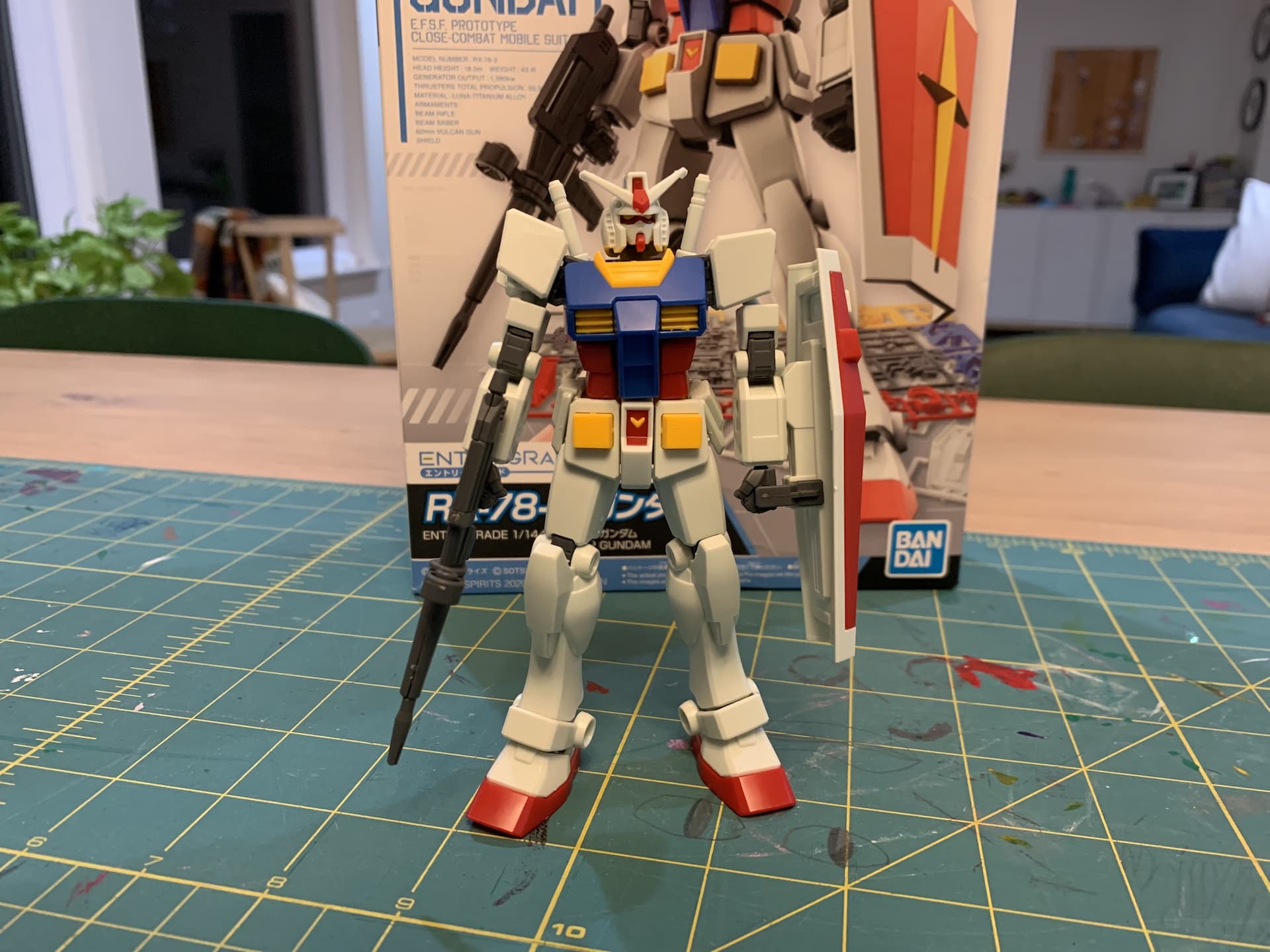 On a whim (remember: buy your happiness) I bought my first entry-grade Gunpla. “Gunpla” (ガンプラ) is a shortened form of the phrase “Gundam Plastic Model” in Japanese. It’s a hobby where you build little anime robots out of pre-colored, press-fit plastic parts. Building a Gunpla model produces an incredibly good, ASMR-like sensation. Way better than western models where you need to prime, paint, and painstakingly glue everything together. Gunpla is more like LEGO where you zen-fully cut out pieces, snap them together, and end up with a fully articulated robot.

Making my first Gunpla spawned a micro-obsession of learning all about Gunpla; the different grades, the different eras, the different manufacturers, panel lining, fine tip versus pour fill markers, and so on. I’ve learned a lot of useless facts. But it’s also spawned a desire to do more handicrafts.

I have a new ergonomic keyboard to build, a book of Frank Lloyd Wright kirigami papercraft models, and of course more Gunpla. I think this new hobby is directly related to logging out of Twitter this month, so I’m going to ride this vibe out and be a bit more analog in my after hours.

Another big refactor on Luro

One of the biggest months ever behind the scenes on Luro. We refactored a bunch of code to make the spinning up installations for new customers a lot easier. This involved removing a MongoDB server and folding our serverless API, node server API, and Nuxt app into a single monolithic Node app. While a “monolith” sounds like a step backwards from a tech de jour it has radically simplified the number of moving parts from 6→3 and better fits our customer goals well.

Because I know these bulleted list breakdowns are the real reason you read these posts.