This week I came across an article titled “Why don’t video games take sex seriously?”… so naturally I clicked it. I was pleased to find the article featured Robert Yang, one of my favorite game designers that I follow on Twitter. I like Yang because our lives are so entirely dissimilar; I’m a straight white guy who makes corporate websites and he’s a gay asian man who makes a lot of homoerotic sex simulator games. If I recall correctly, I started following him about five years ago because of this tweet about level design and I was hooked. Even though I’m not the target audience of his controversial (but yet not controversial) games, I admire and appreciate Yang’s work.

Back to the article about video game sex. One particular passage stuck out to me…

Bodies in games don’t feel soft, Yang points out. They are made for running and shooting, not holding hands or kissing. “I could make a shooter in five minutes,” he says, “but if you tell me to make a hugging game, that’s really hard. Designing intimacy, closeness, simulating objects touching slowly – these are really hard in game development because so little attention has been paid to this space.”

What an incredible revelation of priorities! We’ve prioritized violence in games, in part, because it’s easy. As Yang and his list of banned games exemplifies, a violent game is more socially acceptable than an intimate game. You can sell, market, and stream the violent game. Much tooling exists for creating violence faster. But making compelling intimacy… not so much. 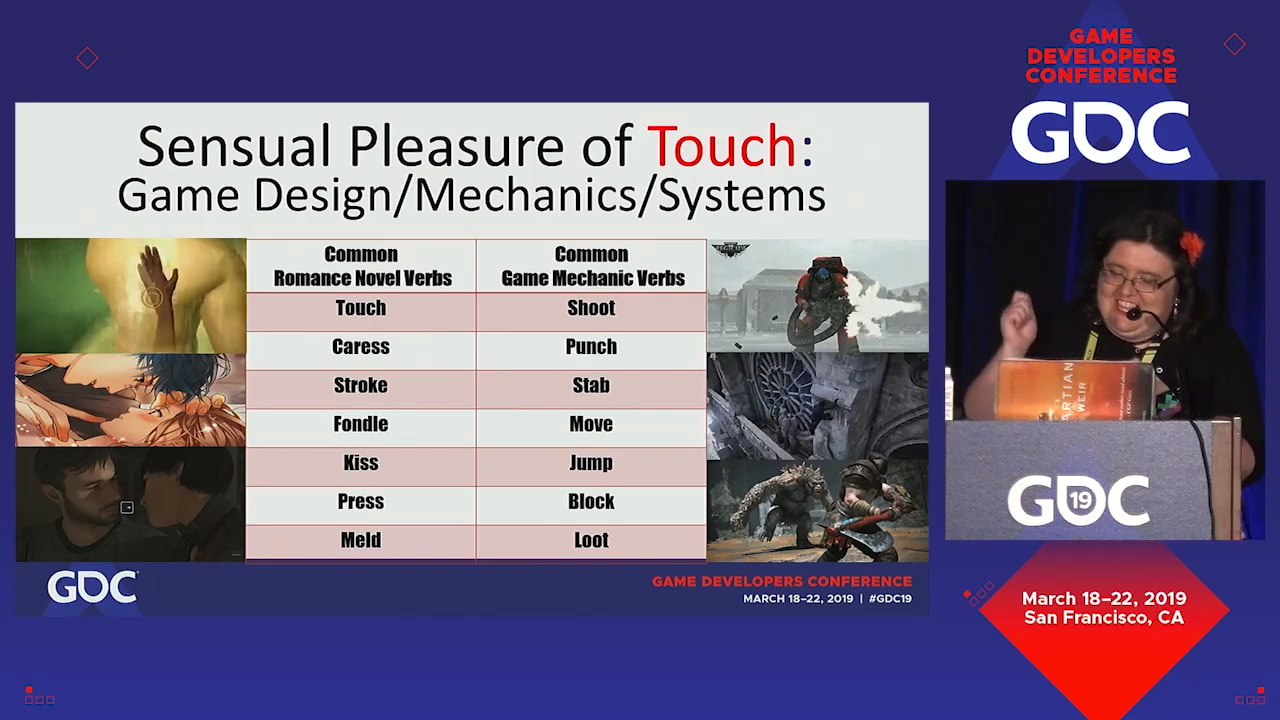 It reminds me of a quote I heard from game designer Hideo Kojima talking about his game Death Stranding, which I wrote about in a post called Sticks and Ropes.

[T]he stick is the first tool that mankind created to put distance between himself and bad things — to protect himself… [T]he second tool mankind created is a rope. A rope is a tool used to secure things that are important to you. Most of your tools in action games are sticks. You punch or you shoot or you kick. The communication is always through these sticks, I want people to be connected not through sticks, but through what would be the equivalent of ropes.

I’m not one of those “violent games makes kids violent” people, I’m the opposite and I think the data disproves that conservative trope. I do wonder if these games, their actions, and the general aire of competitiveness contribute towards amplifying toxicity and toxic masculinity. Transgressive actions prioritized over bonding actions. What if there was more compelling content centered around not attacking each other? And beyond video game content, I’d feel comfortable abstracting that thought to tweets, blogs, political ads, JavaScript frameworks, and so on…

Anyways, it’s a thought-provoking read about sex in video games and why it’s notoriously horrifying, awkward, and bad.