Three packages of arrived to my door last month and I realized they all have something in common, they’re all visualizations of data and algorithms, so I thought I’d share. 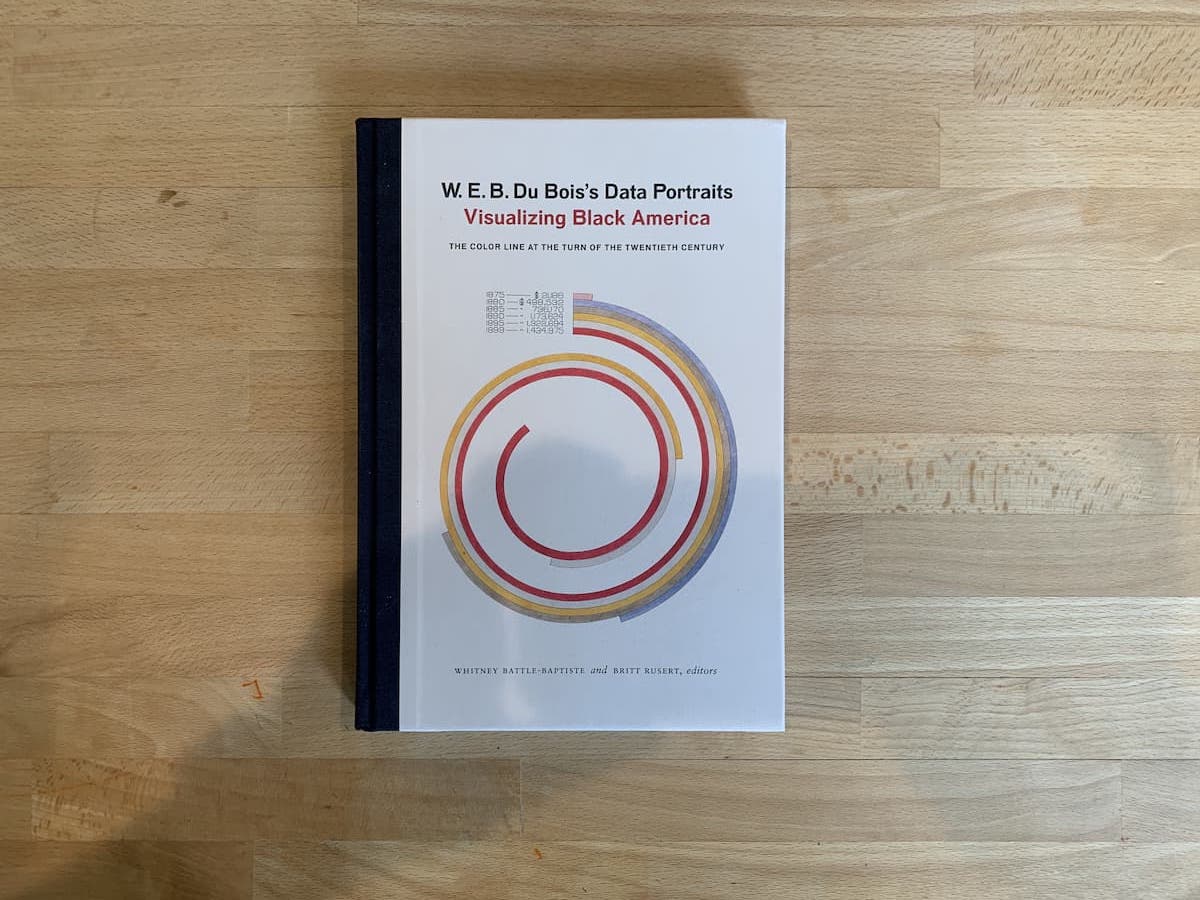 At the turn of the twentieth century W.E.B. Du Bois set out to visualize the black population of Georgia after the Civil War. These colorful charts and graphs, presented at the 1900 Paris Exposition, tell the story of the racial divide in America. Their creator, their place in history, and their uniqueness is what elevates them and makes them works of art. I’ve always wanted to have non-digital versions of these handmade data visualizations so when Princeton Architectural Press released a collection, I snapped it up. 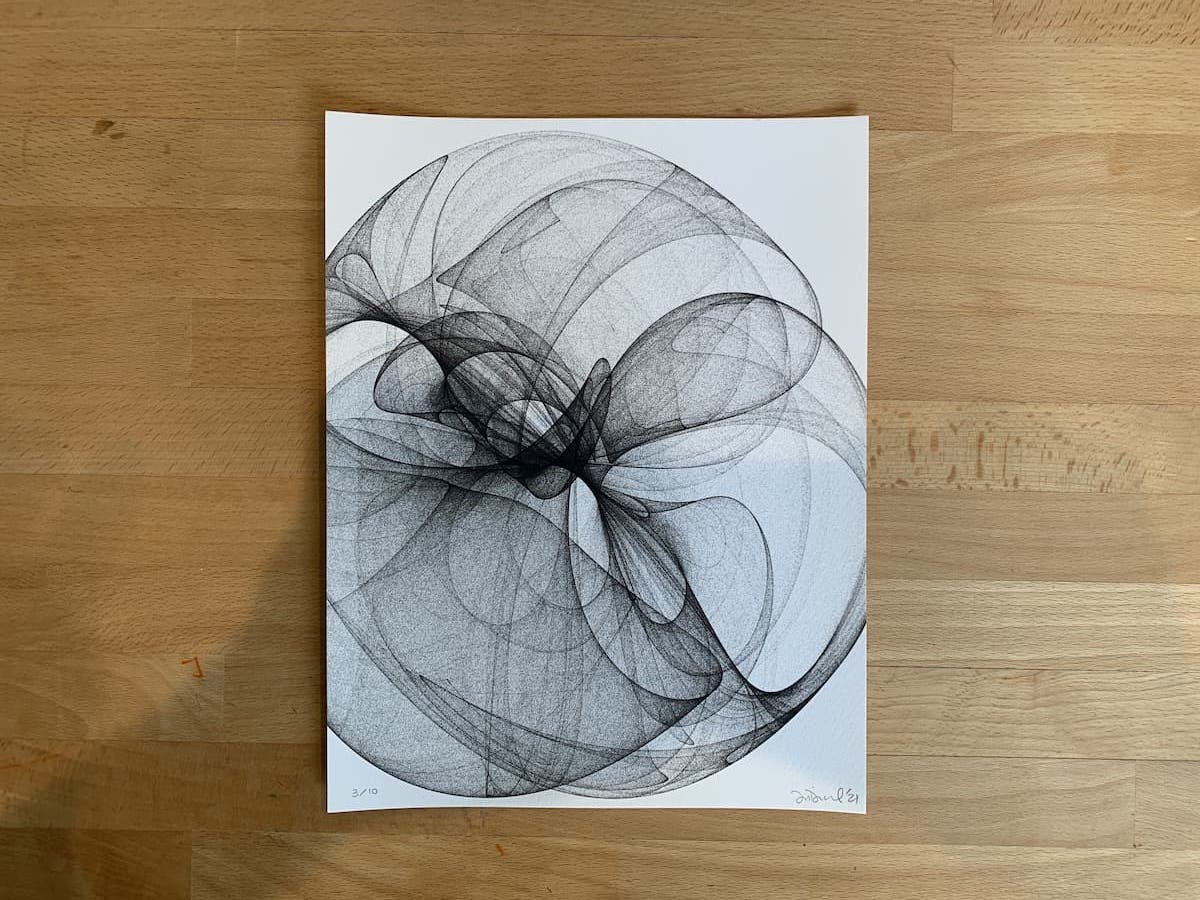 My friend Monica opened a store for her generative art. While I was happy to offer a signal-boosting ❤️ of support on Twitter, when I her piece called Smoke 1, I bought it without a second thought. What I love about this piece is that it answers the question “Can math be art?” with a resounding “Yes.” Often times art is taking something existing and knowing what levers (or in this case variables) you can tweak to produce something beautiful. 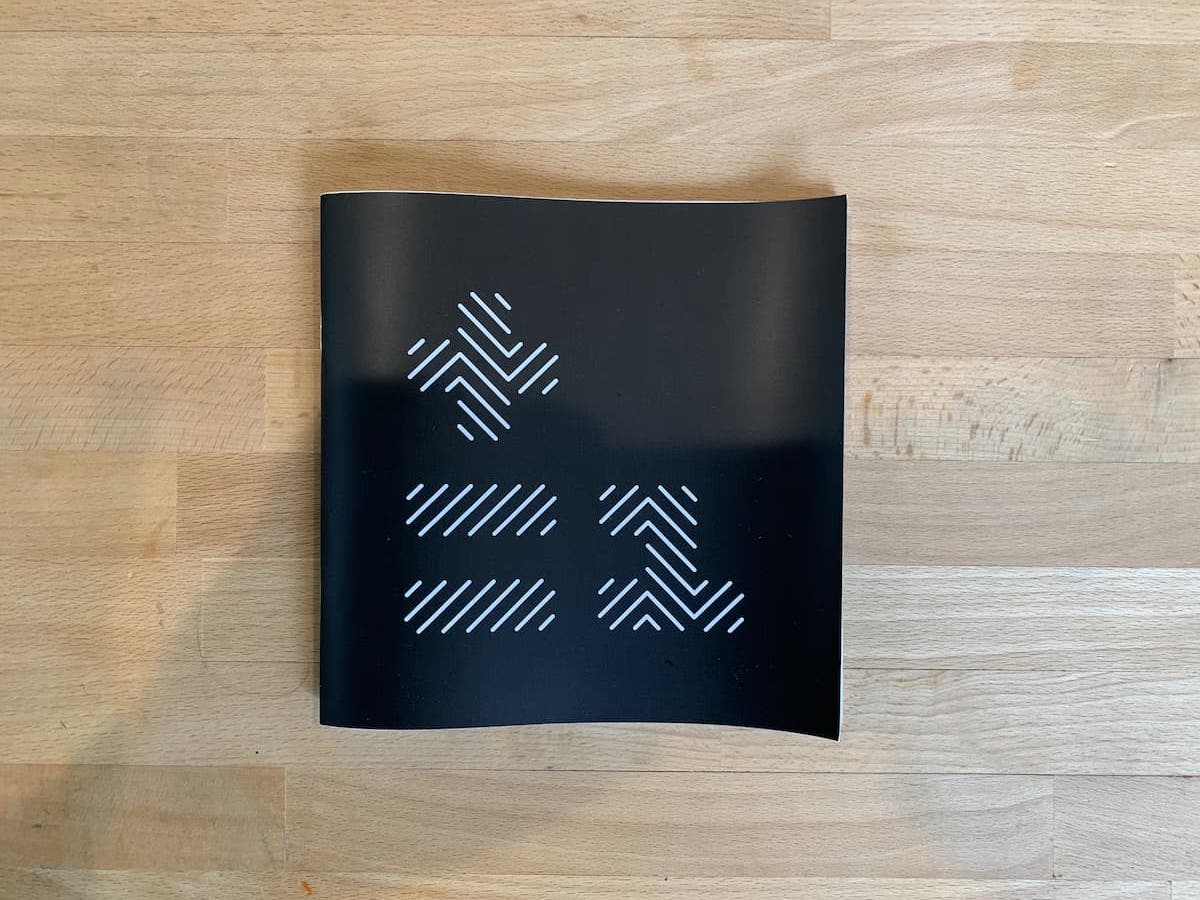 Building off his previous exploration on Sol LeWitt’s ‘Incomplete Open Cubes’, Rob Weychert is back with a new zine called Plus Equals. What I love about Rob’s work is the depth to which he explores a single form in its entirety and this little zine doesn’t disappoint. It’s all available online, but the zine format is so charming.