Over the break I watched an anime series called Keep Your Hands Off Eizouken! (映像研には手を出すな) and was so impressed I feel compelled to share about it here. At its core Eizouken is a shōjo (young girl) coming of age story, but it’s not about finding romance or interplanetary superpowers, it’s about a group of high school girls figuring out what they’re passionate about, what they’re good at, and where their skills can benefit the group. By the end of the opening credits, they had me hooked for a whole season.

The story revolves around three central female characters Midori Asakusa, Sayaka Kanamori, and Tsubame Mizusaki set in the fictional waterside city of Shibahama. They girls don’t want to join the school’s existing anime club, Mizusaki’s parents forbid it, but there’s another catch; the anime club is all about watching anime and the girls want to make anime. They find an aloof teacher to sponsor their group and create a new Eizouken (film studies) club. Over time, each character begins to find the role they best operate in:

Together they set out to make a production studio to make anime. It’s a wonderful story about creating something with other people and the art-style is simple yet sophisticated as well. The play between reality and imagination is impeccably done. In this self-referential anime, “play” describes the girls’ process as well. When trying to come up with an idea or fix a problem, the girls enter a sort of hand-drawn imagination group space where they riff on eachothers ideas; small, disparate additions from each person combine to make something interesting. Slamming into the real world, they run with creative energy but must confront all the difficulties (budgets, timelines, last minute changes, a leaky roof) of turning passion into a production. 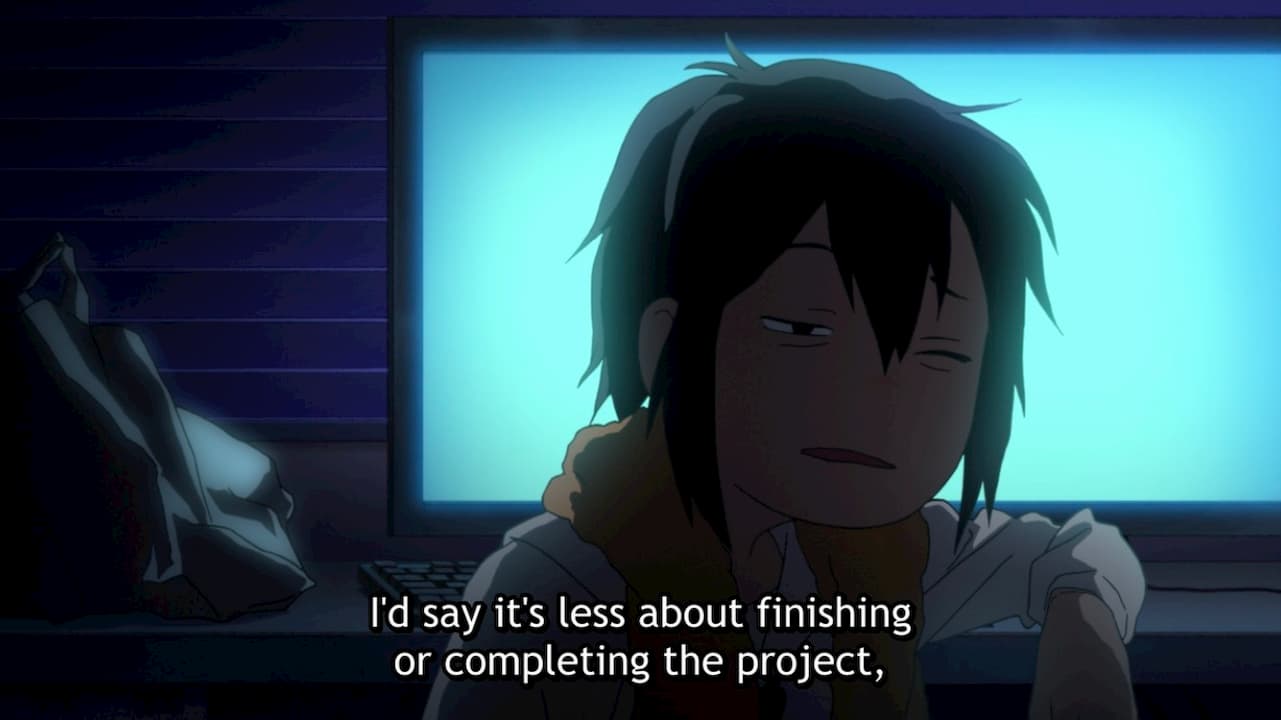 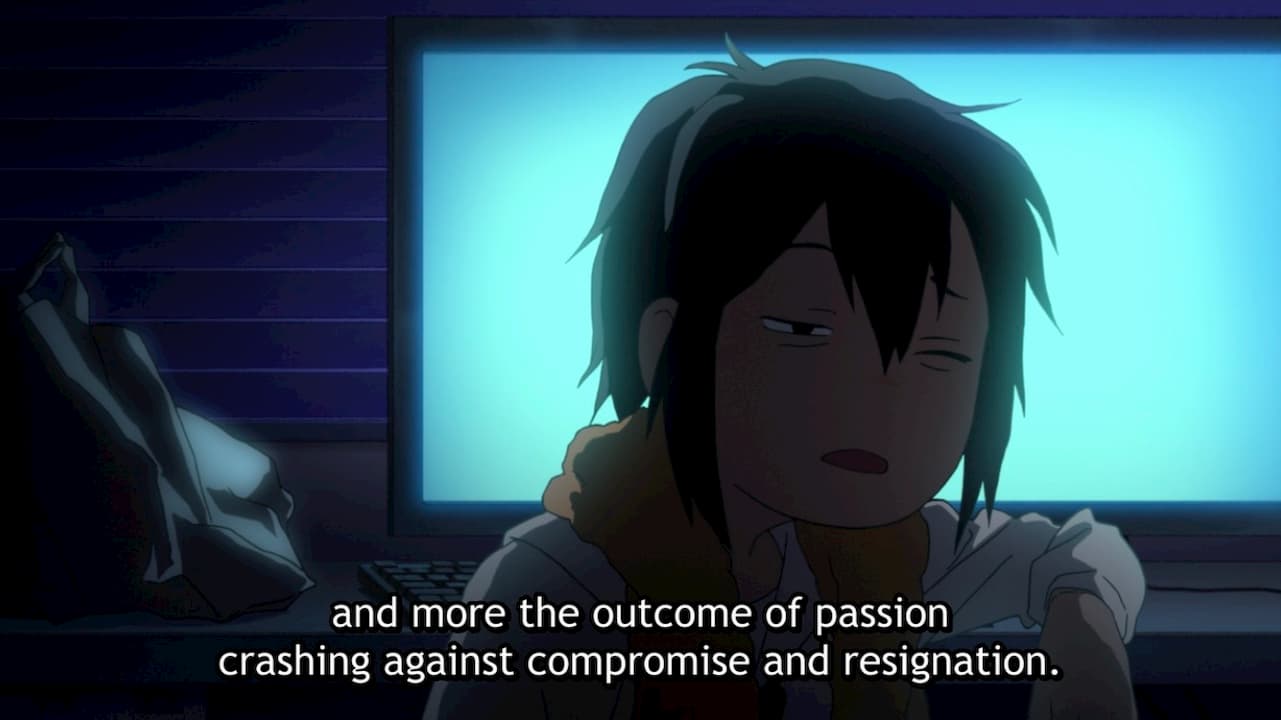 I struggle to not recap the whole entire series but two standout arcs for me were Eizouken’s first client and their first outsourcing experience. Their first client, the Robotics club, was a hilarious arc with all the trappings of client work: egos, niche desires, and convincing clients by building trust in your team and your idea. As most client work does, it hits a few hiccups along the way, but through mutual understanding of what each party wants, they come together to produce something that wows the audience. Their first outsourcing experience with the Art club was almost too real. Realizing they need more people to deliver the story in time they hire the art club to produce some backgrounds. When the assets do show up, they’re wrong of course. They took the art direction too literal in some areas and took too many liberties in others. It’s a small side story about overcoming miscommunication and misunderstanding that captures the outsourcing experience well. Again there’s dozens of stories I’d love to rant on about from the addition of a skilled specialist sound designer, the gatekeeping student council, and the role of the quasi-postapocalyptic city of Shibahama itself, but I want you to experience those.

From what I had read, I knew Eizouken was up my alley, but I wasn’t expecting to like this series so much. In many ways it felt like watching the origin story of my own creative company, except with three high school-aged girls instead of three twenty-something males. In fact, I’d go so far to say that the next time someone asks for advice about starting their own company or freelancing, I’ll point them to this anime instead. It captures, in an entertaining way, almost all the challenges of creating and maintaining a creative venture and if you operate in that space, you owe it to yourself to watch Keep Your Hands Off Eizouken!