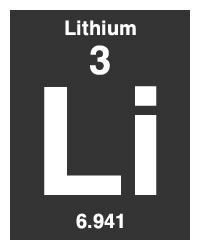 This week my framework of choice CakePHP forked. Now there’s CakePHP (the mothership) and Lithium (the project formerly known as Cake3). Let me tell you, oh people of the interwebs, it’s a weird feeling to wake up on a Friday morning to find out the leaders of your “online community” have parted ways and no one is really talking about it. Kind of like in high school when 2 friends break up and you’re not sure who you’re supposed to hang out with. The public breakup actually seemed very mutual and polite and the world appreciates the “less drama” approach. Let’s look at the facts, CakePHP is still the excellent framework that it was on Thursday and development is still going on.

And to keep myself upbeat about the whole situation I like to pretend there was a board room meeting where Larry Masters raised his arms and said “Go forth @gwoo and @nateabele! and continue with us -not as enemies, but as friends- to bring the good news of PHP to the world! We are all lions! There can be many prides!”… and then Mark Story did some kind of run-up-the-wall backflip because he is amazing…

So just out of curiosity, what's everybody *hoping* to see? #li3 #Lithium

I knew my answer wouldn’t fit into 140 characters so I thought I’d post it here.

My first dream utility would be some kind of built in File Upload mechanism (component, behavior, I don’t really care). I have had a long sordid story with uploading:

The general attitude in the CakePHP community seemed to be sort of “we don’t have that” and “figure it out for yourself”. But let’s be honest, we live in the #lazyweb and most real world applications involve some kind of uploading. Usually it’s creating a method for some computer illiterate person to upload a CSV or a PDF. But in the era of audio/video and media rich apps, the need for any framework to possess a standardized uploading class+handler is inherent. A canonized Uploading Class makes perfect sense. I have high hopes for something like this to come to Lithium because it appears that the creator of CakePHP’s Media Plugin, David Persson, has also defected. But so far his Twitter stream has given few clues to anything like this, just cryptic messages about pyramids, sunsets, and bicycles.

Another idea would be some kind of Image Manipulation/Editing class. This idea I got from this tweet. Just like uploading the chances that your modern day app is going to run into images and/or image editing is HUGE. I suppose this runs into a “Which javascript framework do we use!?!?” dilemma, but we all know that jQuery is the right answer here.

Any other ideas would be toward making useful applications, because I’m a more User Experience oriented person. If I were to put myself on an MVC spectrum, I’d be here:

Just a tip for the Lithium Team, the secret to becoming an awesome framework is to make yourself completely accessible to n00bs. Have little bits that give your framework some “killer feature” eye candy. Extract mundane tasks like comment systems, rating/digg counters, geolocation, event calendars, et cetera into pre-packaged add-ons. I realize the developers of Lithium probably want to keep things lightweight and generic -and they should because it makes the framework more nimble- but some kind of cabinet of “Almost-Core” add-ons would be killer. Sort of like CakeForge Snippets and the Bakery intended to be before they got all super confusing.

I really like CakePHP and having used it everyday for over the last 3 years I feel like I’m just hitting my stride. I feel like I can do anything with it. And probably more importantly, as long as I have production servers that are PHP4.3.9 (gasp!) and PHP5.2.6 with over 40 live sites I won’t be leaving CakePHP anytime soon.

On the other hand, some of my most memorable help on the IRC has been from Lithium’s Gwoo and Nate (as well as Mark Story who is already an established bad ass). So based on loose never actually met e-relationships Lithium seems like a more natural choice.

It will ultimately come down to the new programming cliche “Choose the framework that’s most suitable for the project” (CTFTMSFTP, for short). It’s like Subway[^subway], there’s no rule that you can only order one sandwich for the rest of your life. It’s simple: choose the one you want to devour at the moment, pay the lady, and move on. Sometimes it’s CakePHP, sometimes it’s Lithium, and sometimes (gasp!) it’s Ruby on Rails.

Hopefully that metaphor changed your life like it did mine. Otherwise, I’m excited for Monday when my Ponies Class for Lithium is unveiled to the whole world. And although my hands are tied to lower PHP versions for awhile, I’m excited to see what comes of the whole Lithium project.

Full disclosure: I want Subway to sponsor my life. If you can make this happen, email me.